Getting to Know Nic Low

For Te Wiki o te Reo Māori we had a kōrero with Nic Low. Nic (Ngāi Tahu) has recently returned from two decades in Australia and stepped straight into the role of Programme Co-Director for the WORD Festival in Ōtautahi, Christhurch. His new book, Uprising: Walking the Southern Alps of New Zealand, is “part gripping adventure story, part meditation on history and place”.  Low traces his tūpuna’s history through Kā Tiritiri-o-te-moana, the Southern Alps, using whakapapa, pūrakau, and his own two feet.

What is your day job?

I'm the Programme Co-Director of the WORD Christchurch Festival, and a toddler-wrangler.

What is your connection to Vic Books?

When in Wellington I sometimes have meetings in the blocks around the Pipitea store, so I use it as a bit of a base. Vic Books' coffee and cake has powered me through some long days.

What are you working on at the moment?

I was due to spend the second half of 2021 concentrating on writing, so I'm working on another collection of stories, a novel, a couple of TV series, and loads of long-form non-fiction—in my dreams. Back in the real world, the WORD festival was postponed by lockdown in August, so my writing time has been swallowed by reprogramming the festival. But bring on November, when I'll be back at the writing desk.

What is your latest publication?

Uprising: Walking the Southern Alps of New Zealand has just been released. It's an adventure story about a number of crossings I made of the Alps, over several years, in pursuit of the old Ngāi Tahu histories and stories contained in those mountains.

What was the process of writing Uprising: Walking the Southern Alps of New Zealand like? Between dedicated writing time and climbing maunga, it seems like it must have been exhausting!

I still have this hilarious timeline I made for the book before I started. I think it was six months research, a few months walking, then a year to write it up. About 18 months start to finish. That was in 2013, and it's finally hit the shops in 2021. So yes—with the research needed, organising then doing fifteen crossings of the Alps, then years of writing and rewriting, editing, map-making, pandemic-navigating, baby-having – exhausting is right. But also invigorating. I got to spend time with many exceptional, knowledgeable people within Ngāi Tahu, and to explore some stunning landscapes. I can't complain!

Could you kōrero a little bit about your reo Māori? Did you grow up hearing te reo, or was it something you came to later in life?

I grew up with Māori-English at home, which is to say an English full of Māori phrases and words.

Mum: “Kao. The kai's getting cold, and it's your turn to say karakia.”

It was all pretty halting, and repetitious, but it was normalised, and there were always te reo books lying around the house. We heard it spoken on the marae, though Ngāi Tahu didn't have a lot of speakers back when I was growing up. It was when I got to high school and started learning te reo there that I heard it more fully. Though I was often pretty distracted in those classes, the importance of it stuck.

What are some little things that help maintain your reo Māori at home or at work?

Having a son has helped – I can chatter away to him in te reo and he doesn't judge me for my horrible mistakes; using even basic reo every day helps keep it on the tip of my tongue. Reading to him, having Scotty and Stacy Morrison's titles on hand, doing online courses through Te Wānanga o Raukawa – it all helps. The next step is proper immersion though, if I'm ever going to improve.

How did you stay connected to your whakapapa and reo while overseas, far away from your whenua?

I used to come back from Melbourne several times a year to see whānau, and get into the mountains, but I still felt a long way away. In 2016, Haileigh Russell-Wright, Danella Webb and I started the Ngāi Tahu ki Melbourne taurahere group. Taura is a rope, here is to tie: a  taurahere ties the waka back to the shore. There are over 600 Ngāi Tahu in Melbourne, and we ran regular events for those who were keen, with local teachers or experts from NZ talking about whakapapa, history, reo and toi Māori. We also did simple stuff to keep whānau in touch, like trips to the zoo or beers at the bowls club. For a while we ran fortnightly te reo classes. It all helped.

What words of advice do you have for those who are disconnected or unfamiliar with their whenua?

Great question. Maybe there are two parts that are closely related: learning about whenua, and being-in-whenua.

The first is about connecting with people who understand your tribal landscape and its history and whakapapa. In Ngāi Tahu territory our papatipu rūnaka (tribal bases) all have key people who hold that knowledge. Sometimes they'll run hui, or even bus trips to take whānau to significant sites. Sometimes those people are rightly protective of their knowledge, so it pays to be patient, and keep showing up. There are also books, and resources online, depending on where you're from. Kā Huru Manu (www.kahurumanu.co.nz), the Ngāi Tahu digital atlas, provides an awesome entry point into Te Waipounamu.

Then there's the being-in-whenua side of things, which is simply spending time outside and being mindful of the rhythms of the land. It doesn't have to be multi-day adventures in the bush; it could be short walks, or driving out to visit places that feature in your history – mahika kai (food gather places), pā sites, tauraka waka (waka landing places) – spend time walking, sitting, thinking about living from that whenua. A lot of stories make more sense, or look different, when you consider them in-place. And if you can find someone willing to take you eeling or tramping, go nuts.

Tranquility and Ruin by Danyl McLaughlin: funny, erudite reflections on meditation and depression.

From the Centre by Patricia Grace: the stories and activism behind her books, and the chance to meet her wonderful husband Dick.

Ōhau-Landsborough Alps: A Guide for Mountaineers by Nina Dickerhof and James Thornton: stunning photos and comprehensive route guides to one of my favourite parts of the world.

What are you reading at the moment?

Notes from an Apocalypse by Mark O'Connell. I've been obsessed with our obsession with the end of the world for ages. It's great to read someone who's spent time hanging out with apocalypse preppers from a range of political backgrounds, and drawing conclusions about what their fears say about the present day. It helps that he's hilarious, and that he writes about the future as a parent of young children—I also have a young son.

Which literary character do you most identify with? Why?

Karihi, the older brother of Tāwhaki. In our creation story of thunder and lighting, when the brothers are trying to climb to the heavens to avenge their father's death, Tāwhaki does everything correctly. He's chiefly and noble and clothed in lightning, and remembers their sister’s karakia, and successfully climbs the vine of ancestral knowledge. Karihi, on the other hand, charges in headlong, and comes to a bad end…I can be a bit over-exciteable like that!

Heart-stoppingly strong espresso brewed in a tin mug on the side of a mountain. Gritty? Gritty.

Pictures below: Descending towards Hauroko, Murihiku; Sunrise at the base of the Summit Rocks, Aoraki; and Aoraki Bound crew paddling Pūkaki. 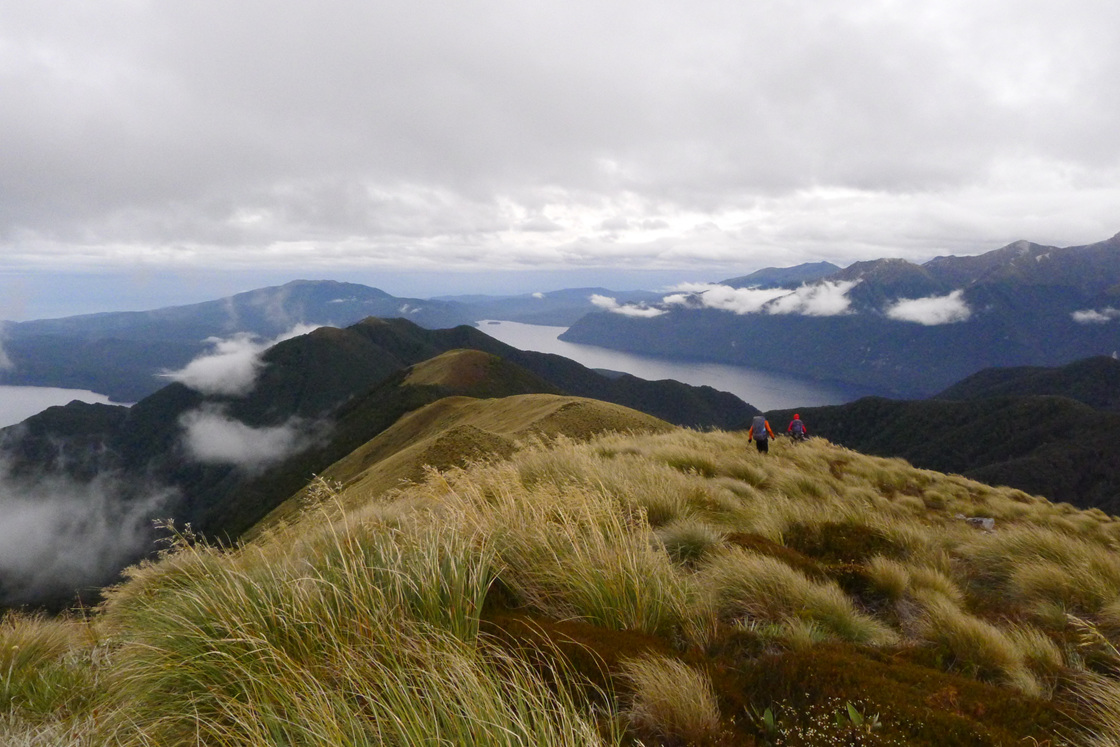 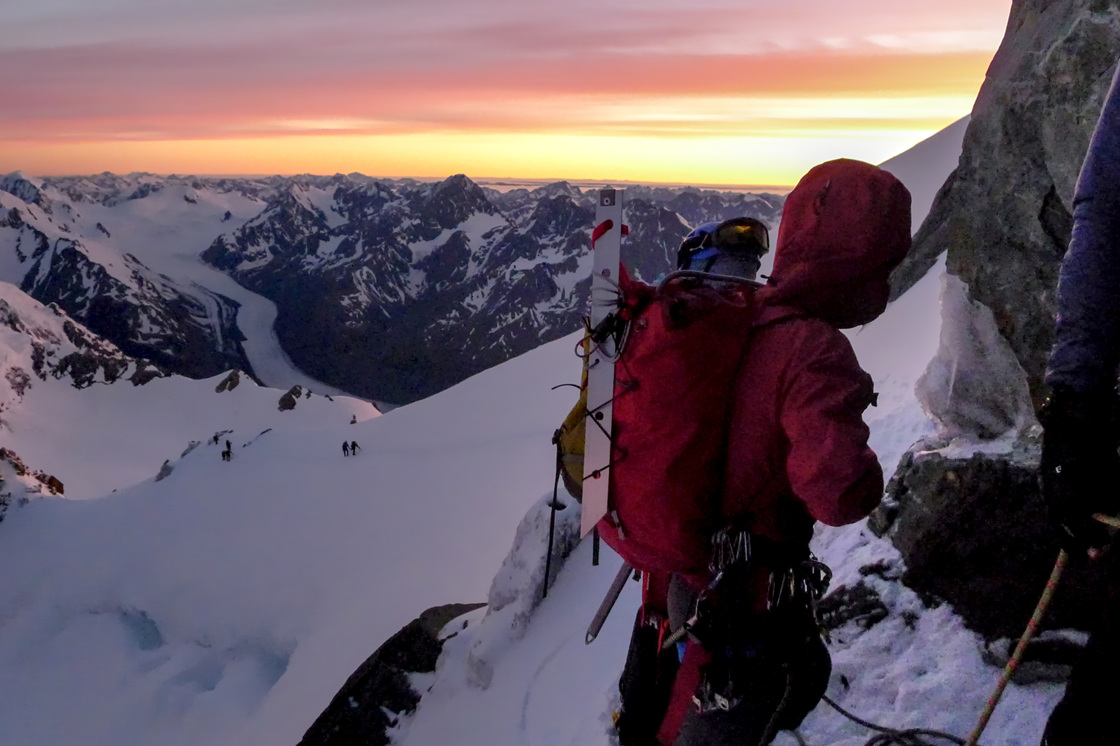 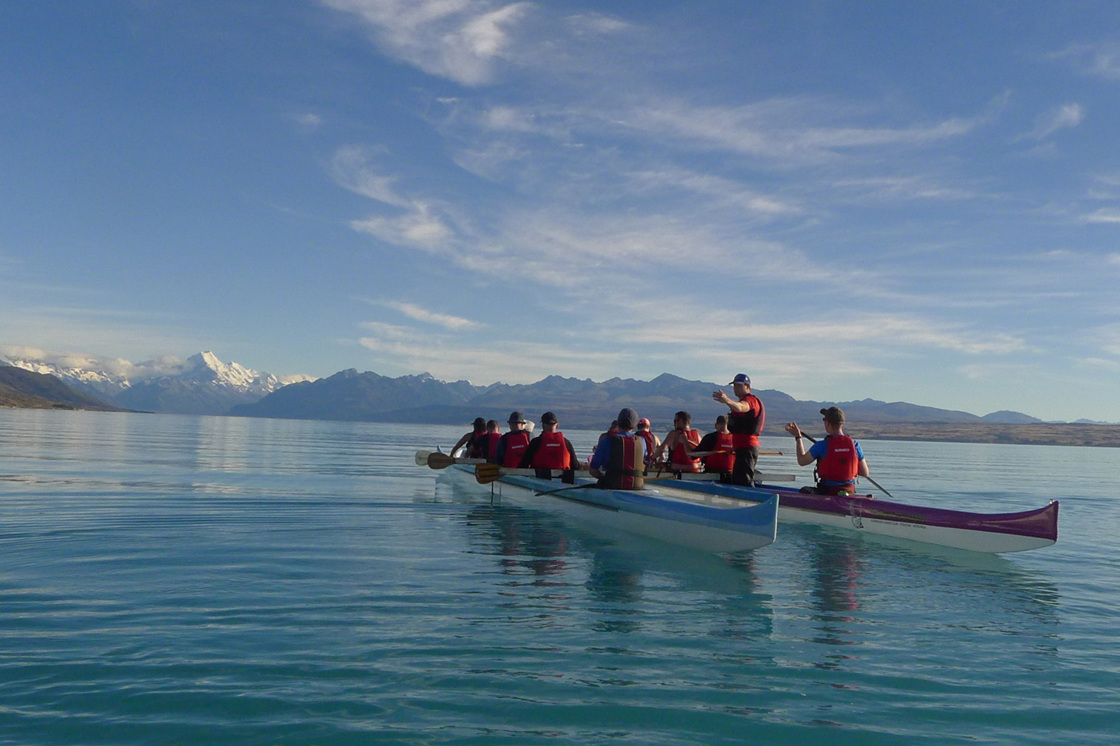